Creative growth between the film set and the agency. 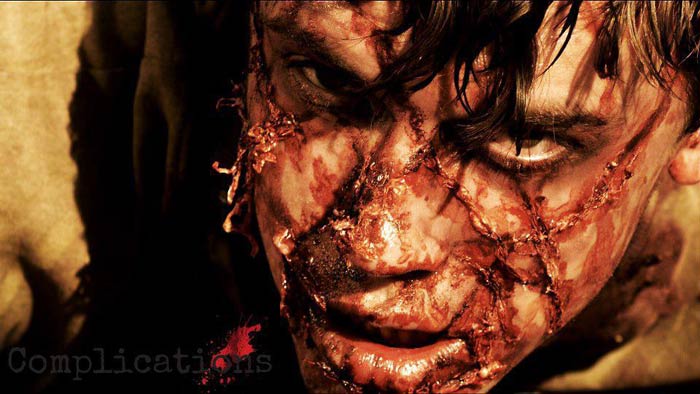 That’s the tagline and title inspiration for a local short film I had the pleasure of working on. A good friend of mine wrote and directed “Complications” for his senior project and asked if I would be his First Assistant Director.

I’ve worked on numerous sets now, but “Complications” is by far the most fun I’ve had up to this point. I had the amazing opportunity to work with a very talented cast and an awesome, knowledgeable crew. We worked hard and got stuff done, but had fun doing it. Behind the scenes (BTS video, BTS photos) involved zombie encounters, fake blood, a lot of growling, endless inappropriate jokes, and even live streaming to the wonderful World Wide Web.

So why is a designer working on film shoots?

Like most creatives, I’ve always enjoyed various mediums of creativity and although I’ve landed on graphic and web design, I’m always trying different avenues of expression in my free time. My active imagination combined with the experience of working on my own short film production has helped me realize my love for helping someone’s vision and story come to life in a way that can be shared with the world.

And I’m not the only designer who feels this way. I’ve met and worked with several designers who spend much of their time on film crews. (My boss David included).

And believe it or not, my experiences on film sets have helped me in the office. My duties as an assistant director have translated into my every day work and interactions. By running my own sets, I’ve come to understand more and more that communication really is key for any work place to run smoothly. I’m able to do my work efficiently, think and act quickly to various situations, and I’ve become more confident in my work decisions when I would normally second-guess them. Overall, film sets have helped me to grow personally and professionally in my own field.

Now for a shameless plug: if you’re interested in zombie flicks but are somewhat of an awkward romantic, check out the short film “Complications,” which follows a young man as he tries to win over a girl’s heart during the zombie apocalypse.